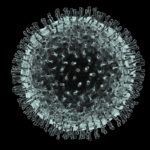 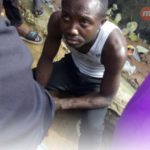 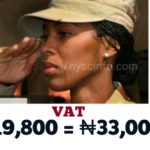 √ NYSC members lament as new VAT (7.5%) takes effect The National Youth Service Corps (NYSC) Members have raised concerns over the new 7.5% VAT rate. They said the new VAT rate has reduced the value of their monthly allowance. Recall that the Federal Government commenced the payment of N30,000 minimum wage to NYSC members […] 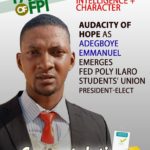 I was charmed on my way to church by the cultists – Ilaro Poly SUG President. Recall that we shared how the Students Union President of the Federal Polytechnic, Ilaro, Ogun State, Adegboye Olatunji was arrested by police when he was caught during cult initiation. He has claimed on Tuesday that he was charmed by […] 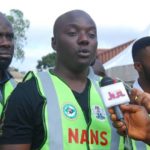 √ The New NYSC Allowance (N33,000) Is Useless – NANS tells Buhari The National Association of Nigerian Students (NANS) has condemned the increase in Value Added Tax (VAT) by President Muhammadu Buhari. According to NANS, the increase in VAT has rendered useless, the recent upward review of workers’ minimum wage from N18,000 to N30,000. The […] 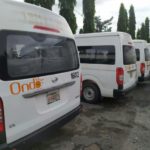 Gunmen Kidnap Driver and Passengers, Demand N1m Ransom. About 10 unidentified Abuja-bound travellers from Ondo State were last week abducted by gunmen along Obajana-Abuja highway in Obajana, Kogi State. A source said the owner of the commercial bus which the victims boarded, Mr. Abdulganiyu Hakeem said the vehicle took off from Akoko and was stopped […] 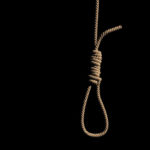 A 12-year old boy has committed suicide in Agboala Ishiala Umudi autonomous community in Nkwerre council area of Imo State following the death of his parents. The boy, identified as Kasarachi Odurukwe, was until his death last Wednesday, a primary six pupil of Practicing School, Umudi. He committed suicide by hanging himself on a rope […] 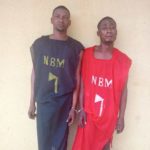 Ilaro Poly SUG President-elect arrested over Cultism. The men of the Ogun State Police Command, on Sunday, arrested the President of the Students’ Union Government of the Federal Polytechnic, Ilaro, Adegboye Olatunji, and one Olarewaju Taiwo during cult initiation. The Police Public Relations Officer in the state, Abimbola Oyeyemi, who made this known in a […] 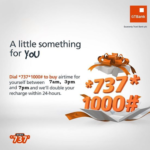 How to Buy Airtime with GTBank 737 and Get Double Recharge. This offer is still hot and the latest from GTBank to their Instant banking users. Guarantee Trust Bank has likewise given out N1000 worth of Airtime when you recharge your Sim card using the GTbank USSD code *737#. How it Works: Recharge with N1,000 […]