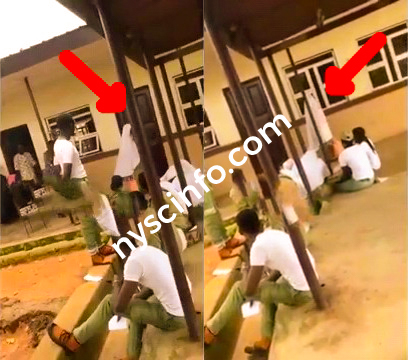 She was prevented from doing her monthly PV, because she was putting on a long skirt, instead of the usual trouser that corpers normally put on.

In the video below, the LGI stopped the female corper from thumbprinting and chased her out of her office as soon as she entered, then ordered her to return to where ever she’s coming from, since she’s breaking one of the NYSC rules.

WATCH/DOWNLOAD VIDEO OF THE EMBARRASSMENT

Recall that on March 2018, the Nigerian senate rejected a bill seeking to include skirts in NYSC uniform.

The bill failed to scale second reading at the senate and was rejected following concerns that such amendment requires altering the constitution which requires a longer process.

They as the senate, have to follow the same process as if they are amending the Constitution. What they are trying to do here is like to amend the NYSC Act.