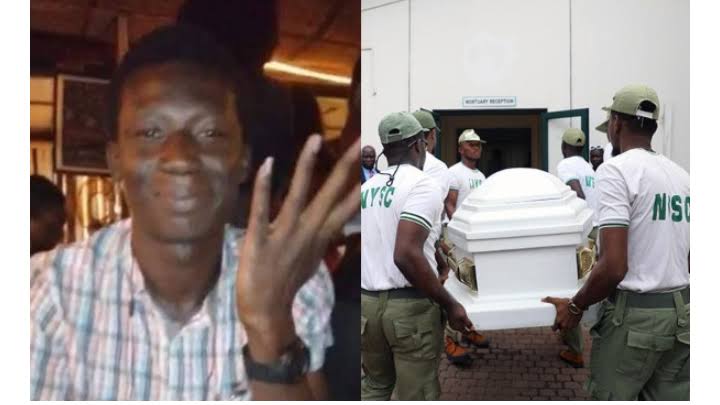 The National Youth Service Corps has paid one million insurance cover to the family of Precious Owolabi, the Channels Television reporter and serving corps member, who was shot dead during a bloody protest by members of Islamic Movement of Nigeria (IMN) in Abuja in July. The scheme has also processed and paid the families of two corps members-Okanlawon Ibrahim and Ibisaki Amachree who died during the conduct of the 2019 general elections.

Amachree was killed during the February 23, 2019 presidential election in Rivers State while Okanlawon died in a boat mishap in Ondo while serving as an ad hoc work deployed by the Independent National Electoral Commission during the House of Assembly elections. The NYSC, had in a letter dated July 30th and sighted by our reporter, directed the insurance company engaged by the federal government on behalf of the scheme to process one million insurance benefit to the next of kin of the late Owolabi.

The insurance benefit was paid to Beracah Owolabi, the next of kin to the late Owolabi, by the insurance company on behalf of the NYSC. Beracah confirmed the payment of the amount to our reporter through telephone in Abuja. She said: “Yes they have made the payment to us. The payment was done in August.”

However, a top source at the NYSC told our reporter that the Independent National Electoral Commission was yet to pay Okanlawon and Amichree their insurance benefits as stipulated in the Memorandum of Understanding (MoU) the scheme had with INEC. The source explained that INEC was supposed to provide a temporary insurance cover for corps members who served as ad hoc staff during elections. When our reporter contacted the National Commissioner and Chairman, Information and Voter Education Committee, INEC, Festus Okoye, last week Sunday to find out if the commission have processed any insurance benefit for the slain corps members, he promised to get back to the reporter on Tuesday.

Also, the Chief Press Secretary to the INEC Chairman, Rotimi Oyekanmi, in a Whatsapp message, only said: “The commission has an insurance package for the corps members serving as Ad-Hoc staff during elections and we have a history of responding compassionately when corps members or any ad-Hoc staff is injured or killed. Also, INEC sent a delegation led by Mr Patrick Uzoka, an Electoral Officer to condole with the family of Mrs Ibisaki Amachree who lost her life in Rivers State during the February 23 Presidential Election.”