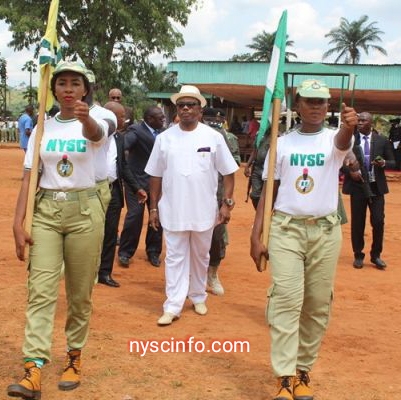 Recall that Anambra government is currently paying N8,500 to all Corps Members currently serving in public establishments of the state, thus making them the highest paying state for NYSC members.

On Monday, the Anambra State governor, Chief Willie Obiano, made a huge announcement, he revealed that corps members deployed to rural areas of the state would be paid N10,000 monthly each, thereby, increasing the allowance from N8,500 for them.

Obiano stated this while declaring close the 2019 Batch ‘B’ stream two orientation course at Umunya in Oyi Local Government Area of the State.

He added that the handover ceremony would be part of the activities marking this year’s nation’s Independence Anniversary.

He said, “I hereby affirm that the resolve to complete the Permanent Orientation camp will be handed over to the NYSC as part of the activities marking the Independence Anniversary of Nigeria as promised”.

The governor said the perimeter fencing of the facility had been completed, while the interior and exterior painting of the place had commenced.

“My administration would not rest until every amenity required for use by the 2019 Batch ‘C’ corps members are put in place.

“Let me again assure you that when completed, the ultra-modern NYSC Permanent Orientation camp will be the best nationwide,” he said

He said a reward system had been put in place to appreciate corps members who distinguished themselves during their service year.

“We are implementing an upward review of N10,000 monthly allowance in favour of corps members in rural and difficult-to-reach areas.”

“I am also directing corps members employers in the state to live up to their responsibility of accepting, nurturing and caring for NYSC members who have been placed in their employ.”