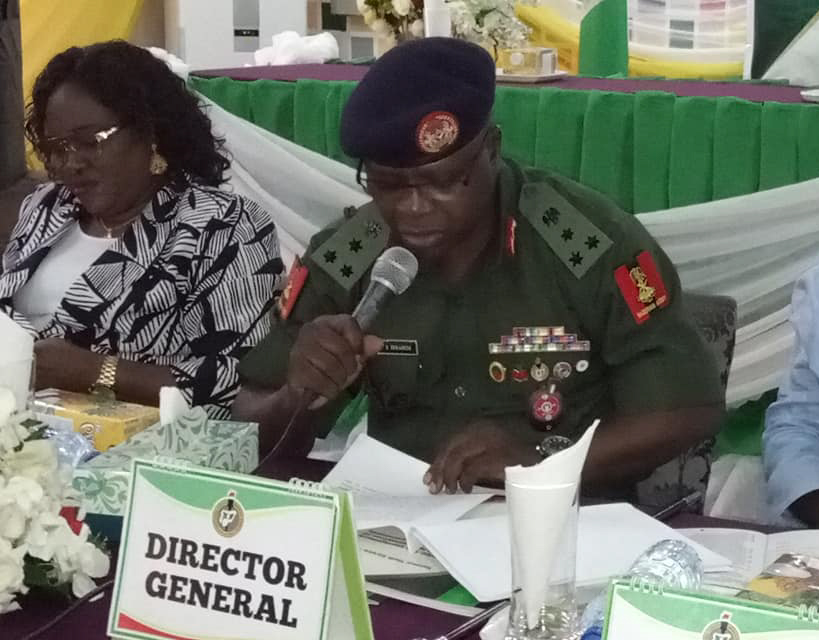 FG still yet to announce new allowance for Corps Members.

The Director General of National Youth Service Corps, NYSC, Brigadier General Shuaibu Ibrahim, has said that corps members will for sure enjoy the N30,000 new minimum wage, but the Federal Government is still yet to announce a figure.

The NYSC DG, stated this in Abuja during an interview with reporters on Tuesday after a meeting between the body and the representatives of state governments.

The DG said, “We are going to commence payment as directed by the Federal Government. I spoke to corps members when I visited Jigawa State about four days ago. I told them that they had also benefitted from the minimum wage. They were so excited and were praying for the Federal Government, saying it will engender them to perform more duties for the country.

“Once the government commences with the civil servants, the corps members will enjoy the same. Our minister has directed that further details will be communicated to us by the minister of finance.”

“Key responsibilities of state and local governments, as spelt out in Section 7, Sub-section 3 and 4 as well as Section 8 of the NYSC Act, included provisions of befitting orientation camps, accommodation for corps members, land for agriculture, security of corps members, release of state subventions, among others.”

“The Federal Government bore the heavier cost of running the scheme through feeding and medical services of corps members, payment of allowances, among others.”

The Minister of Youths and Sports Development, Mr Sunday Dare, who was also in attendance, urged state and local governments to provide an enabling environment for corps members.

The minister noted that the scheme had immensely contributed to the socio-economic, political and cultural development of Nigeria, 46 years after it was established.

According to Dare, for corps members’ potentials to be fully harnessed for national development, conducive working atmosphere must be created for them.

Dare said that he was concerned that the successes recorded by corps members in the past were being impaired today by the inability of critical stakeholders, especially states and local governments to fully discharge their statutory responsibilities to the scheme.

“Reversing this trend will surely increase the tempo of contributions of corps participants to the improvement of the living standard of our people, especially in rural communities,” the minister added.